A: are you watching another news report about the war?
B: yes. The two sides declared a short ceasefire but it broke down earlier today. Several military target were destroyed by bombing. Many civilians were among the dead and wounded.
A: how did this war start?
B: bout side claim a small area of territory. Both sides tried to build border fences and began attacking each other.
A: politicians from both sides sound increasingly belligerent. Neither side wants to compromise.
B: relief agencies report that many civilians are in desperate need of food and shelter. Several European countries have agreed to send aid, but are afraid that their planes will be shot down.
A: what do you think will happen?
B: both countries are very poor. Soon they will run out of money to finance the war. Then, perhaps, they will negotiate. The thing is to find the real problem for the war and solve that.
A; it would be much simpler and cheaper if they negotiated first.
A; what do you think are the main causes of war today?
B: I’d say the main reason is poverty. Countries and their people get frustrated because they have so little. If their neighbors have some resources, they try to steal them by military force.
A: it seems that a lot of wars nowadays are really civil wars. People from different ethnic groups in the same country sometimes fight for power in that country.
B; several of those civil wars have been going on for years and years. It seems they will never end.
A; how do you think they could be ended?
B; I don’t think that there is any easy way. The united nations could send peacekeepers into the country. At least then the warring parties could be forced to negotiate. The thing is to find the real problem fomp3 the war and solve that.
A; so, if the cause is poverty, there should be a progmp3me to make the country richer. If the problem is resources, share them.
B; it sounds easy when you say it like that. In reality, it’s harder to make peace between countries.
A; yes. It is. One way to stop countries fighting is to cut off their financial support. Wars are very expensive.
B; the problem is that many poor people might suffer. 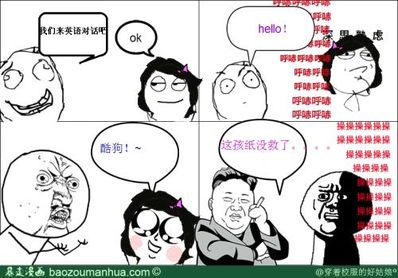 what"s your name?
what did you do last night?
what"s the weather like today?
what do you do
what can you do
what does your mother do
what is your name?你的名字是什么？
what color is it?他是什么颜色？
What day is it today?
What can I help you?
What are you doing
what time is it now?
What date is today.
What nationality are you?
(国籍)
你来自哪个国家？
What color is your dress?
你的衣服是什么颜色？
What language do you speak?
你会讲哪些语言？
What time is it by your watch?
你的表几点了？
What kind of medicine is this?
这是一种什么药呢？
What degree have you received?
你得到过什么学位？
感叹句：What a beatifui city it is！
疑问句：What can I do for you?
what color do you like?
what size do you want?
what does you mom"job?
what language can you speak